If you frequently describe yourself as “the only single friend,” you’re not alone. Those of us who’ve spent some of adult life as a single person know the struggle. After all, our twenties are riddled with reminders of how not single everyone else is… third wheeling with your roommate’s boyfriend, engagement posts on Instagram, wedding invites left and right. We’re practically drowning in everyone else’s love.

The problem isn’t necessarily with being single… it’s with being the  single friend in your friend group.

It’s the pang of disappointment when you have a Friday night free, and all of your friends have decided to stay in with their partners. It’s showing up to a wedding solo when everyone else has plus ones. It’s trying to plan a Galentine’s Day on February 14th, but your gals are partaking in the other (dare we say, less fun) version of the holiday. Not to mention, there’s also a lot of unwanted conversations that come with being the only single friend. People are always trying to set you up (kind of nice), asking you why you’re not seeing anyone (kind of annoying), or looking at you with pity and reminding you that “you’ll find your person someday” (shut up).

Even the most confident of us can go down a self-pitying spiral every once in a while about our relative single-hood. If this is you, we have your oxygen mask. Check out these five tips to help stop that spiral in its tracks. 1. Remember that being single is a choice… and remind anyone who’s pestering you of that.

Who set the rules in this society that everyone is working towards being in a relationship? Oh yeah, it was the hunter gatherers who literally needed a  to survive. But now that several thousand years have passed, we’re good, ladies. No need for a man to go kill our food (because honestly, they usually just kill our vibes).

There is no real benefit to being in a relationship unless that person adds love and happiness into your life. In fact, your life can be seriously deteriorated by having a toxic partner. Choosing to be single until you find a person who is worth your time is the ultimate act of self-love.

Next time someone asks you why you’re still single, you can let them know it’s because you haven’t found anyone who’s good enough for you. And then politely tell them to eff off. 2. Learn to love being a third-wheel.

There are a lot of opportunities to be the third-wheel when you’re the only single friend. You might have a visceral reaction to the idea of third-wheeling, but we promise it’s not as awkward as it sounds. Especially since *most* couples aren’t going to play tonsil hockey right in front of you. Keyword: most.

Life is all about energy. After all, the law of attraction does state that ‘you attract the energy that you put out in the universe.’ Emitting positive energy towards your friends’ love lives will help you receive that energy back in the form of your own relationship. Or just help you meet their partners’ hot friends. Win-win.

You don’t need to third-wheel for the sole purpose of manifesting a significant other; it’s also a good way to support the people you care about. The people your friends date in their twenties have the potential to be around for a lifetime, so it’s a good idea to get to know them. After all, it would be awkward for you to meet them for the first time at their engagement party. 3. Marinate in all that you can do because you’re single.

Because let’s face it, relationships aren’t everything they’re cut out to be. Consider the fact that you can…

If we’re being honest, it sounds like a dream. 4. Make hanging out with yourself your favorite pastime.

Being single affords you a lot more time to focus purely on yourself. Friday nights can be spent at your favorite cocktail lounge, Saturdays wandering around museums, and Sundays working on your future novel. You can literally do whatever you want, whenever you want.

Your time spent single is a great time to focus on what makes you you… which is something that can get lost in a lot of relationships. We all know the couples that swap every “I” for “we.” We love to go to the little breakfast spot around the corner. Oh, we adore that artist! We loooove 3-ply toilet paper, it’s so soft when we wipe each others’…

Disgusting. Reclaim the first person singular pronouns. What are your hobbies? How do you like to spend your free time? What’s your favorite music? At the end of the day, having other single friends usually helps solve the problem. As much as you love your friends in relationships, going out with them probably isn’t as fun. What you need are some gals who are down to infiltrate the bars with you, exchange dating stories, and empathize with how annoying it is being the only single friend.

This doesn’t mean you have to ditch all of your hitched friends; we bet most of them are still really cool! But make space for some singletons in your circle. And trust us, at some point, those settled-down friends might rejoin your single circle… where you’ll be waiting with the wine and Beyoncé. Final Thoughts on Being The Only Single Friend

Being single is a really fun time in your life. It’s your chance to figure out who you are without the shadow of anybody else. Embracing single-hood makes you a lot more likely to end up in a healthy, independent relationship down the road (if you want that).

And in the meantime, cheers to many nights ahead of Real Housewives, pimple patches and doing whatever the heck you want. 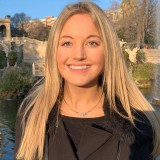