If you’re in the dating game, you’ve probably used (or at least heard of) Hinge. It’s a dating app focused on building successful, long-term relationships, so your goldfish probably shouldn’t make an account. We’ll miss you, Goldy.

Hinge has lots of cool features, like voice prompts, conversation starters to help you move beyond the superficial, and a science-backed approach to matchmaking. It’s a popular choice among Millennials, and it doesn’t appear to be going away any time soon.

So, if you’re looking for love, here’s our complete breakdown of Hinge: what it is, how it works, how much it costs, and a comparison between it and other popular dating apps. Good luck out there, singles. Hinge is “the dating app designed to be deleted.” It seems to work for them, but if you’re an app developer, we wouldn’t recommend encouraging your users to delete your app. What do we know, though?

Initially released in 2012, the mobile application gained popularity after finding its niche as “the relationship app.” According to Bustle, Hinge was mentioned more times than any other dating site in the New York Times’ “Weddings section.” So they are clearly doing something right.

The goal of the app is to meet people, go on dates, and eventually get into a romantic relationship. It’s like eHarmony, but in app format. How Does Hinge Work?

You’ll start your journey to find love by filling out basic demographic information, like your name, birthday, location, and sexuality. Then, you’ll add six photos (no more and no less). Next, you’ll be prompted to respond to three conversation starters.

These Hinge prompts are a way for your matches to get to know you on a deeper level than they would by swiping left and right through endless photos. Prompts range from personal anecdotes and funny stories, to sharing your favorite (or least favorite) things, to explaining what you’re looking for in a relationship.

You have to add three responses (again, no more and no less), and you have the option to respond to a voice prompt, too. The audio feature was a late 2021 addition, allowing you to hear a potential suitor’s voice before going out with them. And you don’t even have to date ghosts to do so!

Other users who like your profile will then be able to respond to one of your prompts and get a conversation going. Another option for communicating is through video chat, a feature accessible only after both users have sent at least one message in the chat. How Much Does Hinge Cost?

You can use Hinge for free, but there is a premium subscription membership option that you can pay for. As a Preferred Member, Hinge promises that you’ll get twice as many dates.

Some of the features you get as a Preferred Member include: How Many People Use Hinge?

Hinge is growing a large base of loyal users, amassing reportedly 20 million people with accounts on the app in 2021. Compared to 2.4 million in 2017, it’s no wonder you’ve heard more and more friends talking about it recently.

Out of those 20 million, around 800,000 pay for the premium service. It’s the third most popular dating site, after only Tinder and Bumble.

Tinder has a whopping 75 million active monthly users, and Bumble had 40 million in 2020. So while Hinge is not the most populous dating app, it has certainly carved out a corner of the market for itself. Is Hinge the Best Dating App?

As long as you’re at least 18 years old, you can sign up and make a profile. Keep in mind that according to reports, the majority of Hinge users are between 23 and 36 years of age, with the app primarily marketed to college-educated Millennials. You might be surprised to learn that Hinge, which was created, in some ways, as an anti-Tinder, is owned by the same company that owns Tinder. Mhmm. Everything is a lie.

Despite the fact that Match Group—the parent company of not just Tinder, but other major dating sites like Match.com, OkCupid, PlentyOfFish, and over 45 dating companies worldwide—acquired Hinge back in June 2018, the two apps are still distinctly different. Otherwise, it wouldn’t be worth acquiring, now would it? The Hinge website is filled with phrases that get at its agenda. They want to “make dating effective, not addictive.” Their goal is to “succeed in getting you out on promising dates, not keeping you on the app.” This type of verbiage is what defines Hinge. It’s not about endless scrolling and 2 a.m. hookups.

On the Tinder homepage, in comparison, you are greeted with their slogan in bold letters—and not much else. “Swipe Right.” That pretty much says it all, but we’ll elaborate anyway. What can we say: we’re chatty. Tinder defines itself as “the world’s most popular free dating app.” While that may be true, the intentions of those swiping on the app are less clear.

Marketed as being for folks looking for love, something casual, or even just new friends, it’s a truly mixed box of chocolates on Tinder. That has its pros and cons, but if you’re looking for a serious relationship, your time will be rewarded better on Hinge. Bumble is a female-founded dating app that puts women in the driver’s seat when it comes to online dating. The traditional idea that the man should make the first move is thrown out the window on Bumble. In fact, even if he wants to, he can’t. Take that, Zeke.

Whitney Wolfe Herd, former vice president of marketing at Tinder, founded the app in 2014 after leaving her former job. As a feminist dating app, women are given 24 hours after matching with someone to send them the first message. (For any non-heterosexual matches, this rule does not apply.)

If they don’t make a move, the match disappears into the ether forever. If only the ladies on The Tinder Swindler were so lucky. This is the primary difference between each app, as they are both known for being more relationship-oriented. Men are happy to have some of the pressure taken off, and women have the power to decide which matches are actually worth connecting with. Bumble also has a feature called “Bumble questions,” similar to Hinge prompts, which women can use to start up a conversation if they’re more shy.

If you can’t picture yourself sending the first message, or you don’t like the idea of being muzzled and unable to communicate with a match until she says something, Hinge is a better match for you. On both apps, users report meeting long-term partners. If dating is a numbers game, your odds of eventually finding a partner are good on any of the apps. With Hinge, you’re sure to meet other like-minded singles who are looking for something serious. And if that’s not what you’re looking for? Join Tinder instead.

So make a profile, get to chatting, and it’s only a matter of time before you’re deleting it. Until then, happy swiping. 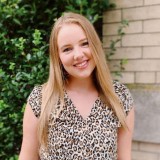 You made some first rate points there. I seemed on the internet for the problem and located most people will go together with with your website.

I am glad for commenting to let you know what a amazing experience my friend’s child found visiting your webblog. She mastered so many details, including how it is like to possess a wonderful helping style to have most people clearly know chosen impossible things. You undoubtedly surpassed visitors’ expectations. Thank you for giving the beneficial, dependable, informative and even unique thoughts on your topic to Sandra.

You ought to be a part of a contest for one of the highest quality blogs on the web. I will highly recommend this site!

Wow that was strange. I just wrote an really long comment but after I clicked submit my comment didn’t appear. Grrrr… well I’m not writing all that over again. Anyways, just wanted to say superb blog!